What to do & Where to go in Amman

Amman is (maybe surprisingly) an active city. It’s full of gyms and fitness centers that give expats and locals a range of options when it comes to finding the right place to get in shape. But some people would prefer to jog outside or play sports with friends instead of lifting weights or running on a treadmill. 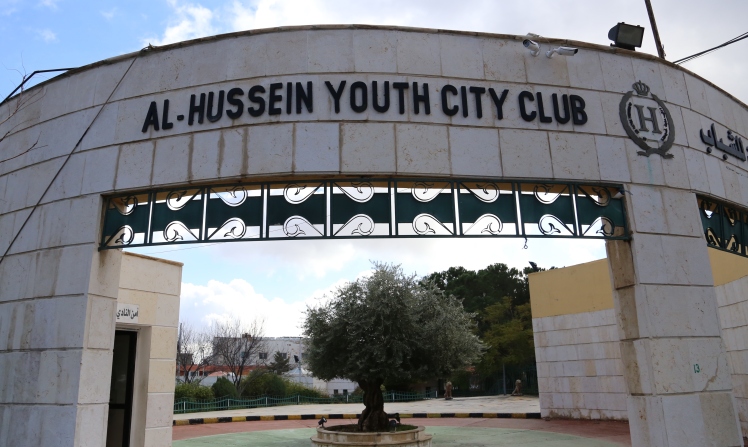 If you don’t like your workouts to be confined to a building, you need to check out Amman’s Al Hussein Youth City, affectionately called Sports City by anyone who’s lived here (and yes, even by Google Maps). For those who would opt to win a few points over counting a few calories, this might become your new favorite spot in Amman.

Named after the late King Hussein bin Talal, Al Hussein Youth City began construction in 1964 to fulfill the King’s desire for a state-of-the-art sports complex that would give Jordanian youth access to cultural activities and allow them to become involved in a variety of sports and disciplines. It took four years to complete and opened to the public in 1972.

Spanning nearly 300 acres, Sports City is centrally located in Amman (making it ideal for anyone living in the city) and is regarded as one of the Middle East’s most impressive sports multiplexes. When you find out all it has to offer, it’s not difficult to see why.

For more information about Sports City’s facilities and fees, contact them at +962 7 9199 9082 or via the Al-Hussein Youth City Facebook page.

Sports City has become an international activities hub in Amman: expats and locals meet up for spontaneous and organized sports nearly constantly. You can find tons of Amman groups like this one on Facebook, and learn about when and where in the massive park to locate people playing your favorite sports.

If you live in or have even just visited Amman, you know that every part of the city is home to at least a few (and usually many) humanitarian organizations, NGOs, and non-profits. Sports City is no exception. Since 2007, it has been home to the headquarters of HRH Prince Feisal Al Hussein’s Generations For Peace (GFP).

Known especially for using Sport for Peace to engage communities at the grassroots, GFP has run programs in 50 countries worldwide. Like everything else in Sports City, the organization is nothing short of impressive: it was NGO Advisor’s top-ranked Jordanian NGO in 2017, placing #2 in peacebuilding and #34 overall. Plus, it’s the only peace-through- sports organization officially recognized by the International Olympic Committee.

Its presence in Sports City makes the massive park not only a destination for fun activities but also one for important activism. So, for anyone looking to quit the gym and hit the field (or track, Olympic swimming pool, stables, or almost any other facility you can imagine), Sports City will be your athletic haven in Jordan’s capital.

The above article was sent in by Chris Todd from Generations for Peace.

3 thoughts on “Take Your Workout Outside – Exploring Sports City”

What are you looking for?

It won’t be long before you’re running around the park on your own !
Getting too heavy to be carried, need to come up with new ways to tote him around 👜
The day has finally come that I can use the high chairs provided at the restaurant ! 🥳
Beach bum
Hooray for 12 hours of sleep per night and NOW... falling asleep on his own at naptime! #sleeptrainingsuccess
%d bloggers like this: